I’ve posted plenty of times about why I think sim racing represents the best investment you can make in your driving development program. But for the sake of complete honesty, I think I should describe some of the downsides as well.

A sim rig takes up a significant amount of space. If you’re going to do this properly, you don’t simply mount your wheel to a desk and throw the pedals underneath. If you want to get the most out of your sim training, your cockpit should have the dimensions of a cockpit. Minimally, you’ll need 1m x 1.5m (3′ by 4.5′) but possibly twice that much space.

If you live alone, you don’t have to fight with anyone about the intrusion, but in addition to the space, you’ll also be making noise even if you choose to have your sound come out of a headset rather than speakers. Wheels and pedals aren’t silent. While the other people in your house might seem easy going, a sim rig could easily become a source of annoyance. You could ask your spouse (or whatever) if they will mind, but until the rig is set up and in use, who really knows the effect it will have?

My rig is in a spare bedroom we use as an office. I wear headphones to isolate some of the noise. It’s not very intrusive, so my wife doesn’t complain.

Planning, purchasing, setting up, tuning, maintaining, and driving your simulator will take many hours of your time. Thankfully, some of these hours are one-time costs (unlike travel to your favorite track).

I designed and built my rig myself. It took most of one weekend. That was the smallest time sink for me. Software and hardware are somewhat recurrent time sinks, and I’m sure I’ve burned over 50 hours on those activities. I’ve also driven somewhere between 500 and 1000 hours.

I just wanted the first 3 points to be space time continuum. Nothing to see here, move along.

As you start planning your purchase, you will naturally be attracted to higher-end gear. While the Logitech G29 represents the best value for the serious sim racer, it’s certainly not the best anything else. The wheel is smaller than a real wheel. The pedals are all pots and springs. It doesn’t come with a shifter, and if you buy one, it doesn’t feel that authentic. However, if you’re interested in high-end gear, you can get direct-drive steering wheels, brake pedals with hydraulics and load cells, digressive resistance clutch pedals, gated shifters, big ass hand brakes, etc. Some of these things cost as much as their real world counterparts. 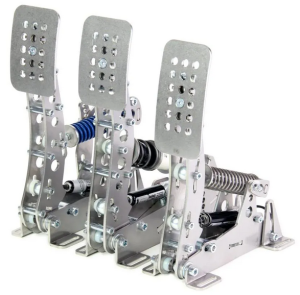 One problem with sim racing is that the field of view on a typical monitor is very narrow, even if that monitor is close to your face. You can always increase FOV in the software, but doing so makes it even harder to judge distances.

To VR or not to VR, that is the question. VR is amazing. You get a much better sense of elevation and distance. I thought it was amazing. It also made me want to puke after 5 minutes. A VR rig takes up much less space because you don’t need a large monitor. But it may cost more because you need a really high end computer. If you buy into VR and then decide it doesn’t work for you, like I did, it’s a waste of money. Or maybe a nice present for someone (I gave mine to my son, who doesn’t get sick using it). 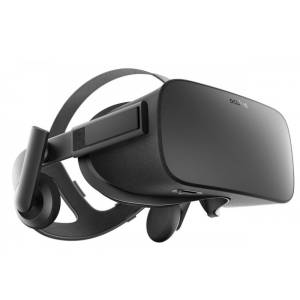 If you decide against VR, you have another problem to solve: how many screens are you going to use? Lots of sim racers use a triple screen rig.

There are some interesting things you can do with a projector on a curved surface, but wow does that take up a lot of space. 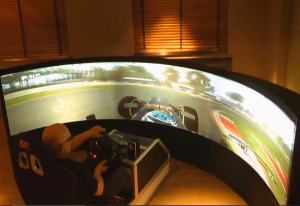 Whether you’re assembling a prefab kit, following someone else’s directions, or building some janky shit from spare lumber, it’s time & money not driving in the real or virtual world. If you like building stuff, this might be a source of enjoyment or pride.

In the picture below, you can see my current rig: Lenovo Y710 PC with 1070 GPU, LG 34GL750-B 2560×1080 curved monitor, Thrustmaster TS-PC Racer base with a Thrustmaster Ferrari wheel, Logitech G27 pedals mounted inverted, USB headset, HDMI 720p mini-monitor, DIY keyboard/mouse tray I use when I play games or write blog posts, Turtle Beach gaming mouse, Tomoko mechanical keyboard, old E30 seat, and some random bits of lumber used to build the cockpit. What you don’t see is a PerfectPedal modification of the brake that presses fluid onto a load cell and Bodnar brake cable that increases precision. I also have a Logitech G25 shifter that isn’t in use. To replicate this Frankenstein rig would cost about $2500. Note that you can buy a completely serviceable rig for $1000 ($600 PC, $200 G29, $150 monitor, $50 software), but that assumes you’re making your own cockpit.

So you bought all the components and assembled them. Now you’re ready. Except when you plug all the stuff in, some things don’t work quite right. And some don’t work at all. Time to hit the Internet forums to get help. If you’re computer savvy, solving hardware/software problems aren’t a big deal. But lots of racers don’t know jack about computers and troubleshooting can be paralyzing. Here’s an idea: pay someone who does know what they’re doing to fix it for you. I do a lot of my own car maintenance, but I don’t change the clutch. I haven’t run into a computer problem I can’t solve myself, but then again, it’s my job to work with computers every day.

Phew, finally everything is set up and working. Oh but then Windows does an update and shit just broke. Yeah, troubleshooting sucks.

#8 It’s way harder than it looks

If you’ve never done any virtual driving before, you’re going to be really terrible at it. There’s just no way around that. Jump into a race online and people will be going 10 seconds per lap faster than you. It’s harder than it looks. Here are the main reasons why.

Taken together, you will be flying off track, running into cars, spinning like a top, and unable to complete even one clean lap. Even when you’re 10 seconds off pace.

Driving in the virtual world takes a skill set that overlaps real driving but has its own domain-specific nuances. You may wonder if sim racing is even applicable to real racing. It is.

#9 You need to learn new skills

In order to succeed in a 2D virtual world, you will need to become an expert at using reference points. You’ll also have to rely almost entirely on your hands for feedback. While your vision and hearing are also useful, you will feel it in your hands before you see or hear it. Oh, and by “it” I mean the balance of the car (oversteer and understeer if you like). Learning new skills takes time.

One of the reasons you suck is that you haven’t set up your rig properly. When you start, you don’t even know enough to make those decisions. But after you’ve spent some time figuring out what does and doesn’t work, you’ll figure out that your hardware and software could be set up much better. I’m not talking about changing tire pressures, but FOV, deadband, clipping, etc. And you’ll have to tune that for every sim and possibly different cars in each sim. If you don’t know what the fuck I’m talking about, it’s because you don’t know what the fuck I’m talking about. Just like the real world, tuning takes time to learn.

Just because you spent 100 hours on a simulator, doesn’t mean you’ll actually drive any better in real life. Some people can translate the virtual world to the real world and some can’t. I don’t know which kind of person you are. Getting a sim rig could be a waste of your time. I’ve looked at telemetry traces that show that even veteran sim racers still snap off the brake pedal in the virtual world. What hope do they have of trailing brakes in the real world if they can’t do it in a simulation?

#12 Getting faster is hard work

Once you get past the initial building and tuning of your sim rig, you still have to learn how to drive properly. Teaching yourself is a great way to accumulate bad habits. There are lots of very helpful people on Internet forums and YouTube. There are also sim racing coaches and coaching services. Regardless of where exactly you find help, you’re going to have to do the following:

Unless you know exactly what’s wrong with your driving, you won’t know how to fix it. And then the hard work really begins as you try to fix bad habits and learn good ones.

#13 Recognizing that your problem is actually you

What sucks the most about sim racing is that it’s very humbling. Try iRacing for a year and see how well you do. You’ll probably find that there are people who aren’t just 2 tenths of a second faster than you, but 2 whole seconds. In the real world, you might chalk that up to tuning, cheating, or bravery. But in the sim world in a fixed setup series, it’s 100% driver. Not tuning. Not cheating. And without the fear of death, not bravery either. What does that leave? You. Your lower limit isn’t based on your desire to be safer, more courteous, more economical, or whatever other excuse you have. You suck at racing, and when you finally realize that, it hurts.