The 24 Hours of Lemons has decided to get in on iRacing. ChampCar and LuckyDog have been doing this for a while, but it took a pandemic for Lemons racers to join in the fun. It just got started this week, and will be going through some growing pains as it optimizes its operations, but it’s already headed in a good direction. Let’s look at some details.

The cars in iRacing aren’t very Lemony, but the organizers have picked the most Lemony cars available. Each race is limited in the number of cars that can be run, and the organizers have done a nice job distributing these between A, B, and C classes.

iRacing offers various ways to balance cars, such as using fixed setups, ballast, and power modifier. For now, they are using open setups and ballast. I expect some tuning over the first few weeks.

There weren’t any Mustangs in the race that I saw. My experience in the past was that the Mustang was a good deal faster. It certainly handles better. But the Camaro is definitely more Lemony than the Mustang or any other car, so that’s my choice. If you want the Mustang, it’s $11.95.

I think this class offers the best racing. FWD vs RWD. Diesel vs gasoline. Japan vs. Germany. 4 seater vs. 2. Sedan vs. Convertible. If you want to drive FWD, this is the only choice you have, so prepare to fork over $11.95. If I wasn’t racing the Camaro, I’d race the Jetta.

I think it’s a strange choice to use a RHD car in the US, but that was the decision for the NC Miata. While, the NC Miata is faster than the Solstice in the right hands, the Solstice is much more forgiving. If you’re just getting started with iRacing, you’ll have better success in the Solstice than the 2010 Roadster.

There are quite a few tracks in iRacing that Lemons visits, but most are paid content. These are the 4 tracks penned in so far.

I think that the organizers have made a good selection of tracks to begin with. I think the next track they should add is NJMP. This is a “Tech Track” that was laser-scanned but never finished. At $5 it’s cheaper than standard tracks, but the quality is good. It’s probably the most Lemony track available because it’s unfinished, and should definitely be part of the series since Lemons goes there regularly.

While there are no Lemony cars, you can dress them up with Lemony skins. The Trading Paints service allows people to view custom paint jobs. If you’re not running their program, you can’t see custom paint jobs. While Lemons is usually rules-light, in this case they are rules-heavy, and require people to have custom paints. I’m all for it.

Last night I joined one of the practice events. It was great seeing the rainbow tiger stripes of “Sorry for Party” and the rusty Camaro, for example. It definitely feels more Lemony with custom skins. How was the racing? About what you would expect. Cars flipped and ran off course into the trees before turn 1. I was gridded randomly at position 29 of 30 and had a front row seat for lots of crashes. I made my way through the field and took the lead with a few laps to go when the race leader made some mistakes. I didn’t make a great pass. I just inherited the lead after the guy in front overcooked a corner. We were running the same lap times, so it would have been hard to pass him otherwise.

Mario (twin brother) has finally installed iRacing and is starting to drive in the virtual world. He’s got my old computer, a single 1080p monitor, Logitech G29, and a bean-bag chair for a cockpit. It’s not exactly ideal, but at least he’s on board. His first couple sessions were at Lime Rock Park (Classic configuration) in the Global MX-5 Cup. That’s a great place to start. He reported that his best laps were 1:01.6 and then 1:01.3. For a first-time iRacer with a janky rig, that’s pretty good.

We were talking about the Rookie placements and when to do them. I suggested he wait for a track he wants to do. Charlotte roval is next week and then Tsukuba 2000 Full the week after. I mentioned that I had never driven Tsukuba before. It wasn’t in iRacing when I was active. At which point he threw down a challenge.

Mario has driven Tsukuba many times in Gran Turismo, but not iRacing. I have never driven Tsukuba, but I have a lot of hours in iRacing. The rules: 10 laps and post your times.

In his next session, he posted a 1:06.658. From the lap times, it doesn’t look like he’s crashing. There’s pretty consistent improvement. This safe, consistent pace will work well in the Rookie races.

In my next session, I posted a 1:05.694. I drove the first 10 laps with the racing line on. Sometimes I do this when learning a new track. But it definitely interferes with my driving. I turned it off in the next session and dropped 0.5 seconds. I still don’t know the track very well, and I’m not very well tuned in to iRacing. I’ll improve if I work at it.

I haven’t been on iRacing in a while. I actually created a new account so I could go through the Rookie experience again. For my reintroduction to iRacing, I did some lapping at Lime Rock (59.883), and also tried out the new-to-me Rallycross offering. At the intro level, that’s just the VW Beetle and either the Daytona rallycross course or Phoenix. I have to say that the iRacing rallycross is pretty fun, especially when you switch cars. MX-5 on dirt is a hilariously fun.

Back to the challenge. First off, it’s pretty unfair. Every part of my sim rig is superior to his, and I have a lot more time in iRacing than he does. However, he has more time in Gran Turismo than I do in all of my sim racing combined. How valuable was that? Not much I think. Playing Gran Turismo or Forza with a hand controller is not the same as a force feedback steering wheel. And also a FFB wheel is not a real car. But the similarities between a sim rig and a real car are a lot closer than thumb-operated joysticks and any wheel.

So do yourself a favor and get a sim rig and hop on iRacing, Assetto Corsa, rFactor 2, Automobilista 2, DiRT Rally, etc. It’s fun and useful. And feel free to boast when you beat whatever time I post.

This should help the whole family pass the time more cheerfully!

I made a meme about COVID-19 that I thought was pretty clever. Then Mario challenged to make a new meme every week. And then Daniel said until the end of the pandemic. As someone who likes a challenge, I’ve decided to give that a go. I posted the first one before, but it’s buried behind 10 posts on sim racing, so I’ll post it again. I’ll post the new ones here every week as I’m sure I’m not Facebook friends with many of you. 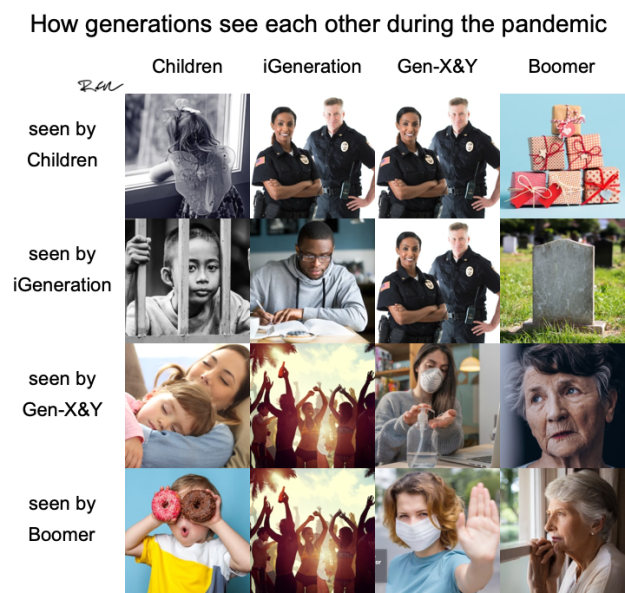 When I started this series of daily posts, I had thought that after 10 days we would have a much better understanding of how the world is dealing with the COVID-19 pandemic. After 10 days, I don’t think it’s any clearer to me. I have no idea if this is going to last 1 month or 1 year. The only thing that is clear to me is that the Dunning-Kruger effect is in full force. Everyone is a pandemic expert. It comes down to training. Are you a PhD virologist with a decade of experience? If the answer is no, shut the fuck up. I don’t care which side of the societal rift you’re on. Shut the fuck up.

What exactly is the advanced level of driving? To me, it’s when your lap times are better than 90% of the drivers. That generally puts your lap times within 1-2% of the lap record. At that point, you know your virtual car and track pretty well. For some drivers, the journey to get to the 90th percentile doesn’t take long. But breaking through that barrier can take forever.

Once you have your reference points and corner geometries optimized, there’s only more thing. No, it’s not heel-toe shifting or left foot braking. The advanced level of driving is really about optimizing the slip angle of your rear tires on corner entry. Honestly, that’s where the last 1% of the speed is.

In order to break through the intermediate barrier, you have to learn to back up the corner. That is, you need to get your steering inputs done earlier. This can only be accomplished by driving with yaw early in the corner. By early I mean before the apex. Yaw after the apex looks cool, but doesn’t make you fast.

The practice drill I have for you is this:

The Skip Barber is modeled beautifully in rFactor 2. Every input has an effect on the handling. The car is pretty fast, but the tires are not grippy. By driving in 4th gear only, you can focus entirely on coordinating your braking and steering. Also, your entry speed and angle will be critical to your lap time because you can’t make up for a poor entry having 4th gear power. You will run into the speed limiter on the straight, but if you’re doing things correctly, you should be able to break 1:02. Watch your delta timer like a hawk. After 1000 laps, you’ll have figured out what works and what doesn’t. 1000 laps? Not all in one session, but if you really want to improve, you have to train. 1000 laps in one car at one track is a start.

The next 2 days are somewhat pivotal in the history of the health of the US. We haven’t faced a pandemic in 100 years, and the exponential spread of COVID-19 is very concerning. Lots of events are being cancelled from the local schools to the NBA. During this time of social distancing, one activity that is seeing a surge in popularity is sim racing. So I thought I would do a short series of daily posts on sim racing as we buckle down and survive these next 2 days (or whatever it is).

Most sim racers can drive a Type I corner reasonably well. The problem is that they drive all corners like they are Type I corners. For this exercise, go to the following tracks and work on your technique in Type II corners.

Drive on dirt tracks. When there’s less grip you have to fight understeer and oversteer more often. Get used to it because achieving balance is the key to speed. So the more time you have in an unbalanced state, the more you’ll be able to get out of your vehicle on any surface.

The next 3 days are somewhat pivotal in the history of the health of the US. We haven’t faced a pandemic in 100 years, and the exponential spread of COVID-19 is very concerning. Lots of events are being cancelled from the local schools to the NBA. During this time of social distancing, one activity that is seeing a surge in popularity is sim racing. So I thought I would do a short series of daily posts on sim racing as we buckle down and survive these next 3 days (or whatever it is).

you suck at racing
Blog at WordPress.com.